Jeff looks back on the film he made and goes over what he liked about it. 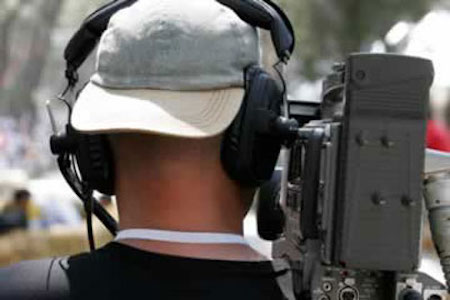 Todd: OK, now Jeff, you were saying that you made a movie. Could you talk about what was the best best thing, or the highlight of making a movie?

Todd: Sorry, documentary. So, then what was the worst thing. Like what are some troubles that you had that really drove you nuts?

Jeff: Well, because it was independent, we had nobody helping us, which meant all the technical, the artistic decisions were made by us and we had no idea what were doing, so when you have no idea what you are doing and you're working by yourself it can be very, very difficult, very frustrating, just the lack of knowledge, not knowing what you're doing so yeah, that was the hardest thing.

Todd: So if you were to make a documentary again, now that you've made one, what do you know now that you would do differently?

Jeff: Well, we have a couple of ideas. We have to main ideas now. One is to canoe from, canoe down the Dawsin River which is in the artic in Northern Canada, which would be very interesting: rugged nature and animals and like the pioneers from years ago, and the other one is to drive a alternative fuel vehicle, from the top, to the tip of South America and that would be fueled by human pooh, so those are two next ideas. Both are difficult so those are the ideas we have.

Todd: OK, Jeff, we'll be checking our TV guide waiting for those great documentaries. Thanks.

What was the best thing or the highlight of making a movie?

The 'highlight' of something is the most interesting or exciting part of it. Notice the following:

The best thing is that it was independent, so we had total control.

When you have 'total control' over something, you have power over all that you are doing. Notice the following:

What are some troubles that you had that really drove you nuts?

Something that 'drives you nuts' irritates you, makes you frustrated or makes you angry. Notice the following:

The hardest thing was the lack of knowledge or not knowing what you're doing.

When you have a 'lack of knowledge,' it means that you don't know or have experience with something. Notice the following:

It would be interesting to see the rugged nature and animals as you canoe down the river.

Something that is 'rugged' is in its natural condition and is rough and unrefined. Notice the following: