Mike talks about living in Florida and what is nice and not nice about it. 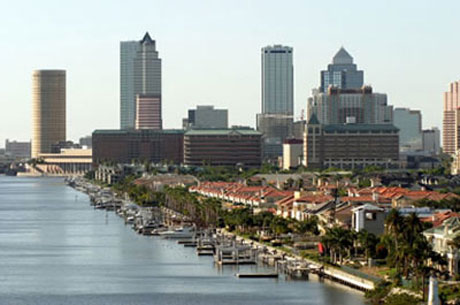 Mike: Good! How are you?

Mari: I'm alright. So you're from Florida right?

Mike: Well, actually, I went to college in Florida.

Mari: Why did you choose Florida?

Mike: Well, the weather is similar to Hawaii, where I'm from, and I also got a scholarship to play soccer.

Mike: Yeah, I played midfield for my college for four years.

Mari: Wow, you must be really good.

Mike: I don't know about that.

Mari: Where was your university?

Mike: It was in the Tampa Bay area, right on the bay, on Tampa Bay, and it's surrounded by the city of Tampa and Clearwater.

Mari: So what is there to do in Tampa Bay?

Mike: There's a lot of things. You can go fishing, boating, sailing, or kayaking. We used to do all of that when I was there.

Mike: Yeah, it was really fun if you like the outdoors type of thing.

Mari: Do you think it's the best city in Florida?

Mike: Yeah, I think it's a good location. It's right in the middle of Florida so you can go to Miami. It's a few hours away drive, or to Orlando, that has Disneyworld.

Mari: Wow. Sounds like a really great place. Can you tell me about the weather?

Mike: The weather's really nice in Florida most of the year, which is one reason why I went from Hawaii but in the summer time it gets really hot and when it gets hot you really need air-conditioning, but that's not problem.

Mari: Does it rain?

Mike: Actually in the summertime, there's really bad lighting storms. It's always... It lasts for about half an hour but it's always between three and five o'clock in the evening.

Mike: Yeah, but when you're inside it's OK. It's kind of cool to watch.

Mari: Is there something you don't like about Florida?

Mike: The only thing I don't like is the bugs. There's so many bugs, especially during summer time. And really scary ants, and bugs you can't even see and they end up biting you.

Mike: Yeah, but as long as you have bug repellant when you go outside in the summer, there's no problem.

I got a scholarship to play soccer.

A 'scholarship' is an amount of money given to someone by a school or organization to help pay for their education.  Notice the following:

It lasts for about half an hour.

'Half an hour' is a time expression that means 30 minutes.  Notice the following:

There's so many bugs.

'Bug' is an informal name for an insect.  Notice the following:

They end up biting you.

The phrase 'end up' describes the situation or result that follows an action, event or activity.  Notice the following:

As long as you have bug repellent, it's no problem.

'Repellent' is a substance that keeps insects away. In this case, it's a liquid we rub on our skin.  Notice the following:

scholarship • half an hour • bugs
ended up • repellent