Mari gives advice on what to do and see while in New York. 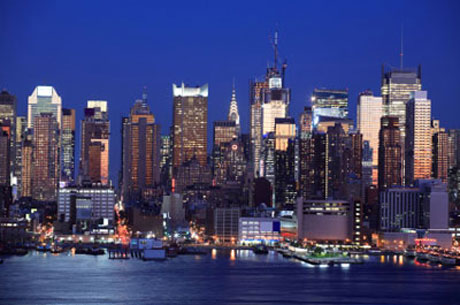 Mike: So, I told you about Florida. How about you tell me something about New York?

Mari: New York, yeah. I was born in New York, and I lived there for a little bit over half of my life. There's lots to do in New York.

Mike: So, what part are you from?

Mike: So, what did you do growing up?

Mari: When I was very young I used to go to museums with my parents or go to Broadway shows, and go shopping as well.

Mari: I do like the city life. It's very convenient. It's energetic. There's lots to do, and New York City is really diverse so it's fun to see the different communities and different people and tourists walking around.

Mike: So if I was visiting New York, what should I do?

Mari: It depends on which season went to visit, so I don't know if you went during the spring or summer time, I would suggest that you spend some time in Central Park. Go see sports. A lot of sporting events during the summer and there are a lot of events also in Central Park. There's outdoor theater and music concerts and stuff but if you went maybe in the wintertime, you should go see all the windows on Fifth Avenue that are decorated with very holiday themed decorations and Rockefeller Center is know for their big Christmas tree, and you just get a really fun feeling in New York City. Everyone's a little bit more nicer, and I don't know, I like all the seasons in New York City so it depends on which season you decide to visit.

Mike: Ah, sounds great, so there's a lot of things to do in New York.

over half of my life

I lived there for over half of my life.

If you are 18 years old, 'half your life' would be 9 years. It is actually, more of an idiomatic expression that's used to speak about a long period of your life.  Notice the following:

I grew up in the suburbs.

The 'suburbs' is an area where people live just outside the city.  Notice the following:

I used to go to Broadway shows.

A 'Broadway show' is a type of show that is performed by actors in theaters in New York City.  Notice the following:

We use the word 'diverse' to talk about things that are very different  from one another.  If a something or somewhere is diverse it has variety.  Notice the following:

You should see Fifth Avenue.

'Fifth Avenue' is a street in New York City that is famous for shopping and has many department stores.  Notice the following:

over half of • suburbs • Broadway
diverse • Fifth Avenue