Rebecca talks about the concern of skin cancer in a culture that like to be tan. 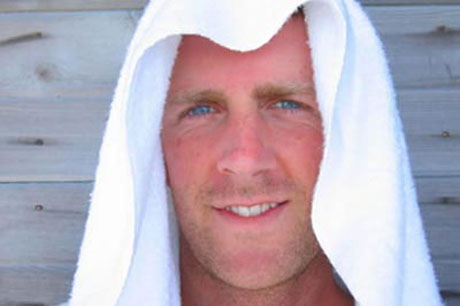 Todd: So, Rebecca, talking about your country, I hear that skin cancer is a serious problem in Australia?

Rebecca: Yeah, it is. I think our environment is the cause of it in a way because we do have the beautiful beaches that you always want to go out and swim and be in the sun, have the barbecue, so you're outside a lot, especially during the time of the day that it is really quite stong.

Todd: Right, so is the government doing anything, or do people do anything to try to prevent it?

Rebecca: Yeah, the government's put out the slogan, "Slip, slop, and slap" so slip on some sun screen, slap on a hat, and yeah, something along those lines.

Rebecca: I think the deaths from skin cancer are going down. The number of cases of skin cancer that are increasing still, maybe it's because they can check and see if you're going to get it earlier than what they used to, but, yeah they're able to sort of reduce the cases a bit, which is great.

Todd: So have this changed the culture? Are people less wanting to be tan?

Rebecca: No, I don't think so. There's a lot of products coming out on the market now where you get the tanning products, so I suppose they're helping you tan in a way that's not putting you out in the sun, but yeah, it's just the culture is to get outside and enjoy the sun. You do see down on the beach, everyone laying down on the beach, sun baking, enjoying the sun, but I think more so now, you see that they are putting on sun screen too, which is really good to hear.

Todd: So, what about you? Are you somebody who tans very easily?

Rebecca: I am. I suppose, I'm the lucky few people that don't have to sit out in the sun for ages to tan, but I do still like to put on the sun screen a lot. Every time I go outside I make sure I got it on. Especially, around the ears and nose. They tend to be major parts that skin cancer can form now.

I think our environment is the cause of it in a way because we do have the beautiful beaches.

'In a way' is similar in meaning to 'a little'.  Notice the following:

The government's put out the slogan, "Slip, slop, and slap".

Here we have three idiomatic action words. We slip on clothing, slop on lotion, and slap on a hat to keep us safe from skin cancer.  Notice the following:

You tan in a way that's not in the sun.

Here, the phrase 'in a way' is different in meaning than the previous one above. In this context, 'in a way' describes how we do something.  Notice the following:

You see everyone sun baking.

'Sun baking' is similar in meaning to the much more common 'sun bathing'. It means laying in the sun getting a tan.  'Sun baking' would be a more informal expression and implies that this activity isn't really healthy.  Notice the following:

I don't have to sit in the sun for ages.

The term 'for ages' means 'for a long time'. How long depends on the context.  Notice the following: