Jake and Lindsay share their feelings about animals being used in zoos and the circus. 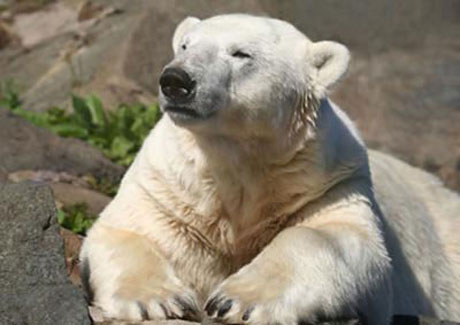 Jake: Hey, Lindsay, would you like to go with me to the zoo this Saturday?

Jake: Yeah, it's gonna be lot's of fun. We're going to see lions and tigers and bears.

Lindsay: Oh, my? Actually, I don't really like the zoo.

Jake: Why not. I thought everyone liked the zoo.

Lindsay: I don't think it's natural for the animals to be in a cage.

Jake: Yeah, I can see your point but on the other hand, zoos often rescue the animals in the wild that couldn't survive on their own, and I hear that zoos often take very good care of the animals and they have an even longer life expectancy than they would have in the wild.

Lindsay: Yeah, I agree with you. I think the animals do live longer in the zoo, but my problem is more the fact that it's just not natural. For example, I once saw a polar bear in California. A polar bear should not be in a warm climate. It should be in a cold climate where there's snow.

Jake: OK, you got me there.

Lindsay: Yes, I think I did. But I understand your point that zoos could be good, especially for the animals and the fact that they rescue the animals. I mean, that's nice. But, I think that you know, animals should die in the wild.

Jake: Well, I think it's better that they're alive so that people can enjoy them.

Lindsay: So you think the purpose of animals is for them to be enjoyed?

Jake: No, no, but it's really interesting for us to be able to learn about the animals and see them in person instead of just on TV.

Lindsay: I guess I agree with you, but I don't know, I don't really think the purpose of the animals are for our pleasure. I think animals should be out in the wild living freely.

Jake: OK, are you opposed to circuses too?

Lindsay: Oh, absolutely. I think they're very cruel to animals. Animals should not be there performing and living in close quarters and not being able to move around freely.

Jake: Well, I can see your point but I still think zoos and circuses are a lot of fun and I like to go to them a lot.

Lindsay: OK, I guess we'll just have to disagree a lot of this one. Have fun at the zoo Jake.

They have a longer life expectancy than in the wild.

We use the term 'life expectancy' to talk about how long people usually live.  Notice the following:

you got me there

OK, you got me there.

When someone disagrees with us and gives a good reason, we sometimes say 'you got me there'.  Notice the following:

see them in person

It's interesting to see them in person.

When we see someone 'in person,' that means we see them for real, not on TV or in a movie.  Notice the following:

I think they're very cruel to animals.

To be 'cruel' means to be or unkind or to cause pain for no good reason.  Notice the following:

Animals should not be living in close quarters.

We use the phrase 'close quarters' to talk about living or working in a very small place with other people.  Notice the following:

expectancy • got him • in person
cruel • quarters