Rapheal talks about his country. 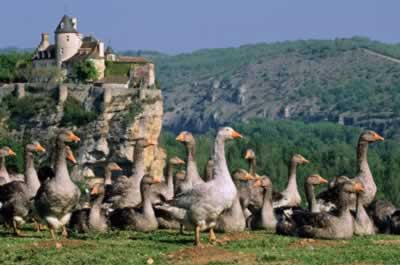 Raphael: Yeah, sure. My name is Raphael Thibault

Raphael: Ah, yeah, it's my last name, but it's a first name too in France.

Raphael: Yeah! It's quite traditional. It's from the middle ages.

Todd: Wow, Where are you from in France?

Raphael: I just finished my studies in Paris, but I was born in the South. Actually, it's the place they make foie gras. If you know about foie gras.

Raphael: We used to eat on Christmas and..

Todd: What exactly is foie gras? Sorry, it's hard for me to say.

Raphael: It's from the duck. It's um, how do you call it?

Raphael: Yeah, the liver! That's it. The liver, and it's cooked an official way and you can have it both like cold or hot, I mean, any kind, but the point is, the duck has to be fed in nature, right! It's not working if it's in a, industrial feeding duck

Todd: So the duck must come from nature?

Raphael: Yeah, actually, that's why this place is famous for because it's countryside. There's no really big cities and most of the people are farmers so they actually produce some really good foie gras, like I heard the competition comes from East Europe now but they make more like industrial foie gras. It's a little different, but anyway, that's the place I'm born.

Todd: Wow! Is that the eastern side or the western side?

Raphael: It's the southwest.

Raphael: Yeah, that's it. Exactly! Like below Bordeaux, a city called Bordeaux, it's a bit below this city.

Todd: OK, so Bordeaux is known for wine.

Todd: So, is it near the mountains or?

Raphael: It's not that close to Spain. It's, how can I say, yeah, it's not the extremity of France, it's more like center-south, you know.

Todd: Oh, OK. Sounds like a pretty place though.

Raphael: Yeah, yeah, it's quite nice. It's quite nice. I mean, it's countryside right. You have to like it. There's not a lot of things to do, but, I spend like my, from fifteen years old, I live there and then I moved to another city called La Rochelle, which is close to the sea, just in front of the sea actually, and that's a better place. I like it much.

My last name, Thibault, is quite traditional.

Something 'traditional' is part of a custom or typical action for a specific area.  Traditional things have long histories.  Notice the following:

My last name is from the middle ages.

This is a time period in Europe with began as early as 500 A.D. and went until around 1400 A.D. Notice the following:

You can eat foie gras hot or cold, but the point is that the duck has to be fed in nature.

When 'point' is used like this it is referring to the most important piece of information or element. Notice the following:

This place is famous for foie gras.

If a restaurant is 'famous for' something then many people know that they prepare this dish very well. People or places can be famous for good or bad things. Notice the following:

Bordeaux is known for wine.

The phrase 'known for' means the same as 'famous for.' Notice the following: