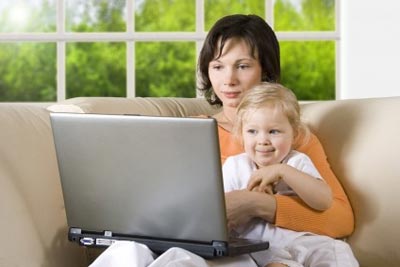 Akane: Ruth, what do you think about stay-at-home parents?

Ruth: Do you mean like one parent staying at home with a child?

Akane: Yeah, one parent staying at home and the other one working?

Ruth: Ah, I think it's really bad if a child stays at home with one parent actually.

Akane: Really, why would you say that?

Ruth: I think children who are brought up like that generally don't know how to socialize with other people except for their parents.

Akane: Oh, well, why would you think that?

Ruth: Well, they're really not given the opportunity to interact with different people, I mean, they spend pretty much all day, every day, with that one parent, and I think it's a real shame. They don't learn how to share or, you know, how to get along with and talk to different people.

Akane: Well, I think that the child will actually get more interaction if there's a stay at home parent because the parent will be able to take them to different activities and to other houses to have playmates and at the same time, they'll be able to spend more time with that parent and have socializing time with family members.

Ruth: But I think children could get those same experiences from different people who look after them. It wouldn't necessarily have to be there family who looked after them surely.

Akane: Well, sure but, I think that it's different when a person who is not related takes care of a child. I'm sure that they do their best but the love is not there. The caretaker would not love the child as much as the parent would and at the same time if there's one person taking care of ten different children at the same time I would wonder about the amount of attention that the child would get,and safety issues as well.

Ruth: But I think you've got to look at the practical aspect of this. It's not always practical for people who don't have much money to have one parent staying at home all of the time.

Akane: That's true. I really agree about that.

Ruth: Oh, good we agree on one thing.

What do you think about stay-at-home parents?


A 'stay-at-home parent' doesn't work outside the house and cares for the children. Notice the following:

Generally, they don't know how to socialize with other people except for their parents.


People 'socialize' when they interact and communicate with each other in an informal manner. Notice the following:

They're really not given the opportunity to interact with different people.


When two things or people 'interact,' they come into contact with one another. When you talk about an 'interaction' between two people, you are usually referring to a conversation. Notice the following:

I think children could get those same experiences from different people who look after them.


If you 'look after' something or somebody, you care for it. Notice the following:

It's not always practical for people who don't have much money to do that.


'Practical' can usually be replaced with 'useful' or 'possible.' Notice the following: