Ruth and Akane role-play a scene in an art gallery. 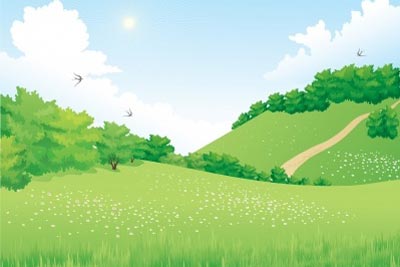 Ruth: Oh, hello there. Can I help you?

Akane: Hi, I'm just looking at some of your paintings here. You have a really nice store here.

Ruth: Yes that's right, we do don't we? We have some really nice paintings in here.

Akane: I think I really like this one. Can you tell me a bit about it?

Ruth: Certainly, yes. Now that one's actually by a local painter. His name's John Mansfield and he's been painting since he was 14 actually, although he died in 1999 so he painted for about 53 years in total. I really like that one myself actually.

Akane: So he died? That means that there aren't many of his paintings left.

Ruth: That's right, yes. I mean most of his paintings are one-offs and this one is a one-off.

Akane: Oh, OK. Well I especially like the colours of this one. I like how it's bright and it looks really nice and I like how it depicts the local landscape.

Ruth: Yes, that's true. It is really nice isn't it? Actually this is a picture of a local walking route which is quite famous and quite popular with hikers. A lot of people go there on walks particularly at the weekend. And if you look on the left hand side there, that tree is the oldest tree in the area.

Akane: Oh, is that right? Have you ever been to this place?

Ruth: Yes I've been there quite often actually and it looks very much like this in the spring.

Akane: Well if John Mansfield is a local painter, have you ever met him when he was alive?

Ruth: Yes, he often use to come into this shop. He was a very devoted painter and he really enjoyed buying paintings by different painters in the area.

Akane: Really? Well that sounds really interesting. How much is this painting?

Ruth: That one's actually a hundred and eighty pounds.

Akane: Well that's a bit beyond my budget. Would you be able to give it to me for 100 pounds?

Ruth: Mm, I think a hundred is too cheap.

Akane: Well let's see. This other painting looks quite nice too. How about if I buy both of them? Would you be able to give it to me for maybe 250 pounds?

Ruth: Why don't we say three hundred and you've got yourself a deal.

Akane: Three hundred? That sounds good. Thanks a lot. I'll take it.

Most of his paintings are one-offs, and this one is a one-off.


Used like this, 'one-off' refers to something that is made only once. There are no copies made of it. Notice the following:

I like how this one depicts the local landscape.


A painting that 'depicts' the local landscape represents it or show images of it. Notice the following:

This is a picture of a local walking route which is quite popular with hikers.


A 'local walking route' is an unpaved trail that is used for walking around in nature. Notice the following:

Well, a hundred and eighty pounds is a bit beyond my budget.


Something that is 'beyond your budget' is too expensive for you to pay. Notice the following:

got yourself a deal

Why don't we say three hundred and you've got yourself a deal?


When you are negotiating prices with someone and they tell you that 'you've got yourself a deal,' it means that they agree with the price that you have stated. Notice the following: