Ruth and Todd discuss where they get their news. 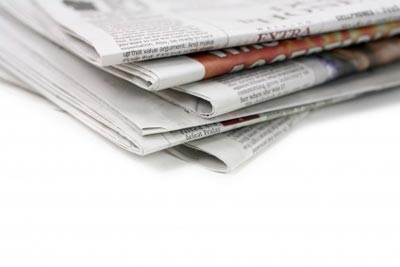 Todd: Hey, so Ruth, how do you get your news?

Ruth: Oh, I buy a newspaper.

Todd: Oh, really, what paper do you read?

Ruth: I always read the Guardian.

Todd: The Guardian. Is that conservative or liberal?

Todd: Labor. So the Labor newspaper, the Guardian, what angle do they have? Like in the States you'd say it's either conservative, like the Wall street Journal, or it's liberal, like the New York Times.

Ruth: OK, it would be more like the New York Times.

Todd: I mean, I read them online, but I just prefer to get everything on the internet.

Ruth: So, you just read the newspaper on the internet?

Todd: Pretty much. Yeah, I never pay for a paper paper anymore.

Ruth: What! Don't you think that is really anti-social, looking at a screen all day?

Todd: Yeah, but how much more social is it looking at a paper?

Ruth: Well, I don't know. I guess it's not much more social, but I don't know, at least if you read a newspaper, you can read it outside in the fresh air, for example.

Todd: Well, that's true. I guess so, but it's free, and I know how you're always saving money.

Ruth: Well, that's true but, I think the Guardian is a good newspaper so I like to support them.

Todd: I have to admit I do like to go out on Sunday and get a paper and a coffee. Yeah, it's nice.

Ruth: Yeah, even like just walking to the shop to get the newspaper is quite nice.

Todd: Yeah, the thing is though, I don't like how the print media, or newspapers that you buy, have such limited space, and on the internet you can get such a wider range of information that it's just a lot better I think, cause these days I don't know if you can really trust what they put in the newspapers.

Ruth: Yeah, I'm not sure that you always can, but I think TV is the same and I think the internet is exactly the same.

Todd: Yeah, that's actually why I like radio news, cause I think radio news is a lot more in depth. You can actually hear the person talking, and unlike TV that has very short clips, radio news usually has longer segments, so I am a big fan of that.

Todd: Ah, I just love the voice. I love when they go, "And now to our correspondent in blah-blah-blah." It just sounds cool.

Ruth: No, you're right, it does sound good. And it's free as well.

Todd: Well, I have the internet in my apartment so anytime you want to read the internet news just come on over.

Ruth: Oh, thanks very much. Also, I have a newspaper in my apartment and I get a subscription so, come along and read the newspaper at my flat.

Todd: Oh, cool, I'll definitely take you up on that.

Is the Guardian conservative or liberal?


Someone who is 'conservative' likes to keep things as they are and maintain traditions. A 'liberal' person is open to change and want maximum individual freedom. Notice the following:

I don't read the papers anymore; I read them online.


If you 'read something online' you use the computer to look it up on the internet, and you read it there without printing it off. Notice the following:

Don't you think that is really anti-social, looking at a screen all day?


Someone is 'anti-social' if they can't communicate and interact with other people in a friendly way. We also say, jokingly, that people are anti-social if they prefer to be by themselves, instead of with other people. Notice the following:

I like radio news because I think it's a lot more in depth.


When something is written about or talked about in-depth, it means that it is very detailed. Notice the following:

Unlike TV that has very short clips, radio news usually has longer segments.


A 'short clip' of video is a few seconds of the video. A 'longer segment' is something that is a minute or longer. Notice the following:

I have newspaper in my apartment, so come along and read the newspaper at my flat.


'Flat' is another way to say 'apartment.' Notice the following: