Steven talks about his hometown of Brentwood. 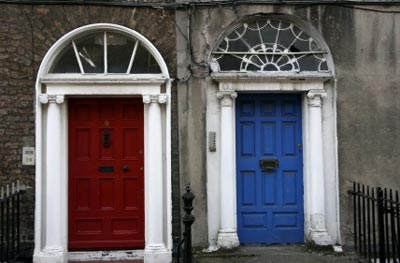 Todd: Hello! Can you introduce yourself please.

Steven: Sure, my name is Steven Patterson and I'm from a small town called Brentwood in Essex which is in England.

Todd: OK. Essex. What part of England is that?

Steven: That's in the southeast.

Steven: Yeah, yeah. It's attached to London, just next to London.

Steven: It's quite small, well, relatively small. The populations about 50,000.

Todd: OK, well what kind of place is your town where you grew up?

Steven: Um, it's actually a very nice town. People often move into Brentwood from the surrounding towns, or from the east end of London. Um, it's quite prosperous. Well, you could, in some respects, it's a dormant town. People often travel out from Brentwood into London and they work in the city, but it's a pleasant place to live. It has lots of countryside around it. There's a very large country park. Ah, it's quite a small town but it's, at the high street it's quite small but it's quite a pleasant town to shop in.

Todd: Oh, it sounds nice. Well, now if you live in a little town that's near London is it really expensive?

Steven: Well, Brentwood is particularly expensive just because it's a desirable place to live and it's proximity to London also makes it, the housing is quite expensive, even a town next to it would have much cheaper housing.

Todd: Oh, really, cause when I think of a small British village, you know, I think of really old houses, and nothing's changed, so do you have modern stuff, like do you have a health club and a movie theater and things like that?

Steven: Uh, I think the cinema in Brentwood actually closed down, with the advent of out of town shopping centers they always have their multiplex cinemas with six or eight screens and the cinema in Brentwood only had two screens and it couldn't really compete for everyone has cars these days so they can easily travel to big shopping centers, so that closed down however, yeah, it have a very nice health center and as I said lots of parks to play. There's lots of opportunity to exercise and do various forms of recreation.

Todd: Wow, sounds like a nice place to live.

I live in Brentwood, which is a relatively small town.

People often move into Brentwood from the surrounding towns.


The 'surrounding towns' are the towns that are around a particular. Notice the following:

in some respects or dormant

In some respects, it's a dormant town, and people often travel out from Brentwood into London.


'In some respects' is another way to say 'in some ways.' When something is 'dormant,' it means that it is not active. Notice the following:


'Proximity' can be replaced by 'closeness.' Notice the following:

The cinema actually closed down with the advent of out-of-town shopping centers.


Here, the 'advent' is the arrival of something. Notice the following: