Steve talks about his job and what he does. 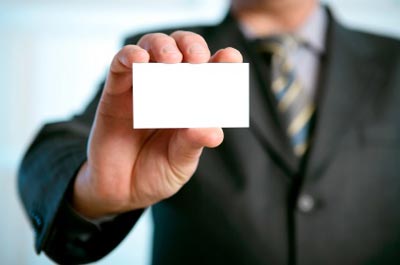 Andy: Alright, Steve, can I ask you a few questions about your job?

Steve: You certainly may.

Andy: OK, what exactly do you do?

Steve: Well, I work for a publishing company named Longman and I'm one of the sales reps that is based in your Osaka office. (OK) Each of the sales reps have a given territory so I cover the Western Japan region for Longman.

Andy: Do you get a lot of travelling for that?

Steve: We do indeed, yeah. Basically, my main job is to go around to the universities, to some extent the high schools and the private language schools and to see what their needs are, see what kind of books they are using. We are also increasing, we're promoting CD-ROMS and e-learning as well as the tradional textbooks.

Andy: Very nice. Very nice. What kind of schools are buying your books?

Steve: Well, again the university is a huge part of it because in Japan the first year students and to some extent the second year students have compulsory English education. There's a lot of teachers who have big classes, large enough classes that it makes it very much worth our while to visit those universities and make sure that those teachers are using as many of our books as possible.

Andy: You mentioned e-learning, like CALL, computer based (Yes, indeed, yeah) English. Is that growing?

Steve: It is. It is. I mean, it's growing quite slowly because it takes a lot of time for the decision making process, to say for example, a Japanese university to kick in and to invest in our CD_ROM's.

Andy: Yeah, sure, plus first they need to have a computer room.

Steve: They do indeed, yeah, yeah.

Steve: But they already made a huge investment in the hardware, and it's actually not a huge leap of faith to persuade them to invest a little bit in the software as well, and the people we have using our software, they're really getting a lot of enjoyment out of it, they're enjoying interacting, not only with the teachers but with the computers as well, and getting immediate feedback with what we're doing.

Andy: Um, so you have stuff for windows and the mac, or are they platform based?

Steve: That's a little bit of a problem actually, Andy. Most of our software is only supporting the windows platform, but a few things because we noticed that a lot of the university teachers in Japan prefer the Mac platform, we are moving somewhat slowly in that area but we are producing more software to support the Mac platform.

I work for a publishing company as a sales rep and I cover the Western Japan region.


'Sales rep' is short for 'sales representative,' and it is a person who travels around and tries to find new buyers of specific products.  The area that he sells in is the area that he 'covers.' Notice the following:

My main job is to go around to the universities and, to some extent, the high schools.


'To some extent' means 'partly.' The example is saying that part of the responsibility is to go to high schools. Notice the following:


Something that is 'compulsory' is necessary or an obligation. Notice the following:

Those large classes makes it very much worth our while to visit those universities.


Something that is 'worth your while' is worth the effort that you put into it. Notice the following:

It takes a lot of time for the decision making process to kick in and for them to invest in our CD-ROMs.


Something 'kicks in' when it starts working. Notice the following:

It's actually not a huge leap of faith to persuade them to invest a little bit.


When you take a 'leap of faith,' you trust what someone is tell you, and you take a risk. Notice the following: