Wendi talks about strange people at their station, beauty, and a TV program. 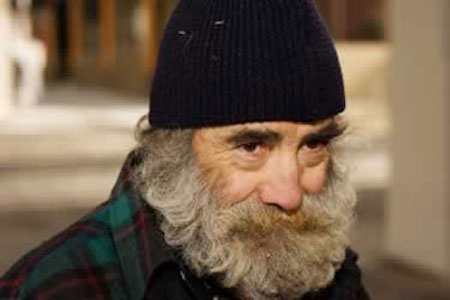 Wendi: At my station there's a lot of weirdoes. Have you noticed?

Todd: There is a lot of weirdoes in the train station.

Wendi: There's a lot of weirdoes at my station.

Wendi: I don't know. What do you think?

Todd: I don't know either. But I've lived all over Japan and I noticed that this train station is kind of.

Todd: Quite weird. Yeah, like the one guy that amazes me, is the really, really dirty guy.

Wendi: The dirtiest of the dirty.

Todd: Right, the guy that's got the long hair and it hangs down and you can't see his face and he's like caked in dirt, like if that guy took a shower it would hurt.

Wendi: You know what would be amazing if we put him on Swan. On the Swan.

Todd: Is this a Canadian show?

Wendi: It's an American show of course.

Wendi: Yeah, any ways. The swan basically like, they hang out and they find really unattractive people and they slice and dice them into like pageant queens.

Wendi: It's really foul. But anyway's.

Wendi: They could turn him into a beauty.

Wendi: And they like, they just do this thing down the side, like,"We are going to take out all of her teeth and you know, crack her jaw in five places and reduce her nose and open up her eyes and take off the left limb and whatever you know, they just like go down this list. It's just unbelievable and then they actually do it.

Wendi: Yeah and then they end up with these people that look like drastically different but that have gone through like crazy, like, I don't know, six month-eight month surgeries and everything else to get there kind of thing. It's crazy.

There is a lot of weirdos in the train station.

A 'weirdo' is a person who is strange because of the way he looks, dresses, acts or thinks. Notice the following:

That guy is caked in dirt, like if he took a shower it would hurt.

If you are 'caked in dirt,' you have a layer of dirt on you or you are completely covered in dirt. Notice the following:

Swan is this incredible makeover show where they slice and dice people.

Here 'slice and dice' refers to cutting people up, like in a surgical way, to completely change their appearance. It is a reference to doing plastic surgery. Notice the following:

I think it's really foul that they slice and dice people into like pageant queens.

If someone does something 'foul,' it is offensive, cruel, wicked or horrible. Notice the following:

This show is really twisted and incredibly disturbing.

'Twisted' actions are cruel and unusual. Notice the following: