Michele talks about the cultural differences. of living in Japan and Canada. 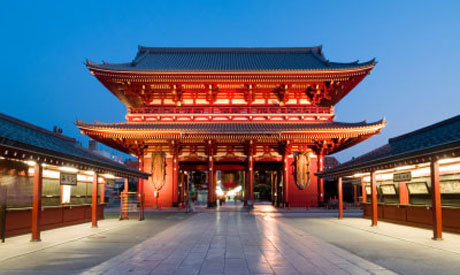 Joel: So, Michele, how long have you been living in Japan?

Michele: Well, in total it's been almost four years now.

Joel: Four years. OK. That's about the same for me too.

Joel: Do you feel like your totally used to it? Are you acculturated?

Michele: I think so. At times there are still some things that are a little bit difficult but for the most part, I don't have a culture shock anymore.

Michele: Something that I still struggle with?

Michele: Well, there's still the language barrier because I'm still not fluent in Japanese so, like today I went to the bank and I was trying to do something that was a little out of the ordinary I guess I just had some trouble and I couldn't get it done.

Joel: And you said you had gone back to the United States...

Joel: I'm sorry. You had gone back to Canada and did you have kind of reverse culture shock when you went back?

Michele: Yes, I did actually. I... at that time, I had lived in Japan for about three years and I returned to Canada and I was so used to living in Japan and I guess I had to change my thinking and behaviors a little bit while I was in Japan so when I went back to Canada I felt like, "OK, now I have to change back."

Joel: The first thing I noticed when I had gone back to the United States was in the grocery store, the supermarket, when I was buying my food the cashier would talk to me and ask me questions.

Joel: And when I lived in Asia, the cashiers, they never talk to you, and it just threw me off. It threw me off guard. I was very surprised at how much just people you don't know will approach you and talk to you and ask you questions.

Joel: And also, you're planning to move back soon again?

Michele: Well, I'm going to go back Canada in the summer for my holidays but then I'll be back in Japan.

Joel: Oh, I see. What do you think you'll miss most while you're gone?

Michele: What will I miss about Japan?

Michele: I think I'll miss the food the most. I really love Japanese food.

Joel: That's exactly the same for me.

totally used to it

Do you feel like you're totally used to it?

When we are 'totally used to' something, that means we are 100% comfortable with it.  Notice the following:

for the most part

They're not difficult for the most part.

We use the phrase 'for the most part' to talk about something that is true, but maybe not 100%.  Notice the following:

I don't have culture shock anymore.

The term 'culture shock' is used to describe cultural problems we have visiting a new country for the first time.  Notice the following:

We use the term 'language barrier' to talk about; problems we have communicating in a different language.  Notice the following:

Did you have reverse culture shock?

If we stay abroad for a long time; for example, to study or work, we sometimes experience reverse culture shock.  Notice the following:

used to it • most part • culture shock
language barrier • reverse