Mini discusses hotel and compares prices from three-star hotels and and up. 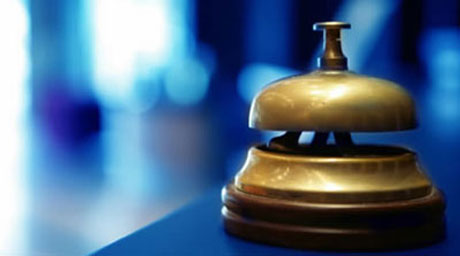 Todd: So, Mini, your country, Sri Lanka, is a very popular tourist destination. Can you talk a little about costs? Like how much does it cost to have a nice vacation in Sri Lanka?

Mini: It's a very cheap place to have a vacation, so for example if you have... your budget is around 50,000 yen in terms of rupees around 45,000 rupees, you can have a good vacation. You can have a good hotel. You can have good food. You can shop as well - by clothes and all the stuff and go around the country as well.

Todd: That's pretty cool. So, how much is a nice hotel, like a five-star hotel?

Mini: Everything is there, and it's near the beach as well.

Todd: Oh, man, that's great. So, what if you want something cheaper. What if you just want a small room, very basic, just a bed, a bathroom, no swimming pool, nothing nice. How much would a hotel like that cost?

Mini: OK, for that, you can pay around a thousand yen. Around nine hundred rupees.

Todd: For one night?

Todd: That is really, really cheap.

Mini: If you want to stay in a hotel like that, no, you can't get internet access from those kind of hotels, but if you stay in four-star hotel, maybe three-star hotel you can get high-speed internet access.

Mini: But you have like centers, internet media centers, kind of stuff. You can pay like fifty rupees and access to the internet. You can do it anytime.

Todd: Right. OK. And just lastly, what about meals? How much do meals cost?

Mini: If you want to go for a nice buffet, maybe around two thousand yen, a thousand, five hundred rupees around.

Mini: But you have everything there. It's really nice. I love it.

Todd: OK. Well, it sounds like a great place to go. Thanks Mini.

We use the phrase 'in terms of' to be specific about an open topic.  Notice the following:

You can buy all the stuff.

Here, the phrase 'all the stuff' is closest in meaning to everything.  Notice the following:

You're talking about nice facilities.

It's near the beach as well.

The phrase 'as well' has exactly the same meaning as 'too'.  Notice the following:

Go for a nice buffet.

A 'buffet' is a meal with many kinds of food where customers pay a set price, serve themselves and can eat as much as they want.  Notice the following:

in terms of • all the stuff • facilities
as well • buffet