Mini talks about shopping for clothes and other items in her country. 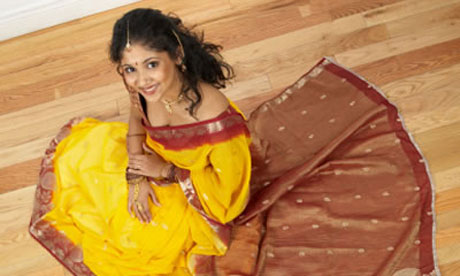 Todd: Now, I thought we would talk a little bit about your country. First of all, about shopping, what is shopping like in Sri Lanka?

Mini: The basic difference of shopping in Sri Lanka is that you can bargain, like most of the places you can bargain, so if you and talk to the seller like very friendly and saying that you don't have that much money, you only have this much money, and then he will of course reduce the price for you.

Todd: That's pretty cool. So, does this only apply to shopping for food or shopping for clothing or is it for everything?

Mini: I think it's for everything, even for jewelry, furniture, everything you can bargain.

Todd: OK, now are things, most things in Sri Lanka much cheaper than they are in Japan or the United States?

Mini: Of course, it's very much cheaper.When I come here and see and it's like half the price.

Todd: Wow, half the price.

Mini: Yeah, most of it. For example, if it's like a 100 yen here, the thing in Sri Lanka will be like maybe ten yen, twenty yen, so it's like very cheap.

Todd: Wow. That is a big difference. Only twenty percent of the original cost.

Mini: But on the other hand, the salary that we receive is quite lower than the salary that you receive in Japan, so maybe in terms of Sri Lankan people it's expensive but for me, when I see from this perspective it's very cheap.

Todd: Right, so if you buy a shirt, like a nice cotton shirt in Sri Lanka, how much would that cost?

Todd: That is cheap.

Todd: Yeah, I think in dollars that would be about 35 dollars.

The basic difference is that you can bargain.

The phrase 'the basic difference' describes the main reason why two things are not the same.  Notice the following:

From this perspective it's cheap.

Our 'perspective' is how we see a certain situation. It's often used to express an opinion.  Notice the following:

The rupee is the currency of India, Pakistan, and several smaller countries.  Notice the following:

Actually, in common usage we say 'made -to-order'. Something that is made-to-order is specially made for one customer.  Notice the following:

The term 'just like' is similar in meaning to 'the same as'.  Notice the following: