Jake and Lindsay discuss text messaging versus using the phone. 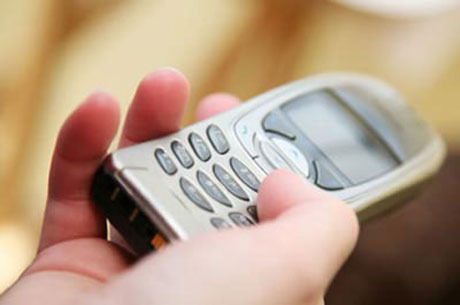 Jake: So, Lyndsay do you like to text message a lot on your cell phone ?

Jake: I don't do it so much. Sometimes I prefer to just call someone on the phone if I'm in a hurry.

Lindsay: Yeah, I go both ways. Sometimes I know I don't really want to talk to the person. I just want to ask them one question, so it's so much easier for me just to text them and say, "Are you going to the party tonight" for example instead of calling them, because I know if I call them, I'm gonna have to have a long conversation.

Jake: Yeah, I can see what you mean. Well, usually I get off the phone pretty quickly when I call someone. I'm not a big talker.

Lindsay: Yeah, that's true, Jake. You don't talk a lot. But, in general, I like to call people because I think it adds a more personal touch.

Jake: So are you fast at writing the messages with your thumb?

Lindsay: Well, when I first got a cell phone, which was actually only five years ago, I was so slow, I thought I would never text message, and I always called people, but then people kept text messaging me so I felt obligated to try to learn how to text message, so now, I'm pretty fast actually. What about you?

Jake: Actually, I have the opposite problem, where when I first got my cell phone, I thought it was so cool and I had to text message all my friends who had one, and I was pretty fast with my thumb then, but it seems like now I don't use it so much, and I've gotten slower actually.

Lindsay: Well, of course, he said he never text messages. He thinks it's very juevenile and unprofessional to text message someone.

Jake: Yeah, I can see what he means. It's usually associated with young people and considered pretty informal to text message someone.

Lindsay: Yeah, it is really informal, I think, because you're just using your thumb and you're trying to write fast. Rarely do you ever write 'dear' or 'from' or use polite language, right?

Jake: Yeah, because you're using your thumb, you have to write the messages as short as you possibly can.

Lindsay: Right, I mean, it sort of makes sense, when I think that I would never text message someone I didn't know very well. I only text message people I'm good friends with and comfortable with.

Jake: Well, it serves it purpose then, doesn't it.

Lindsay: Yeah, I guess, I mean it is cheaper than calling someone, but, you know, other times it's better to call someone, don't you think.

I call someone if I'm in a hurry.

To be 'in a hurry' means to move quickly, usually because we are late.  Notice the following:

I go both ways.

To 'go both ways' means to use two ways to do the same thing. Here, Lindsay SMSs and calls.  Notice the following:

I see what you mean

I can see what you mean.

I'm not a big talker

I'm not a big talker on the phone.

Someone who is not a 'big talker' doesn't chat for a long periods of time on the phone.  Notice the following:

I call people because it adds a more personal touch.

A 'personal touch' is something extra we do to make someone feel special. In this case, it's personal contact, not a text message.  Notice the following:

It's juvenile to text message someone.

'Juvenile' means like a child. We often use 'juvenile' to talk about adults who act like children  Notice the following:

in a hurry • both ways • you mean
big talker • personal • juvenile