Jake talks about hard core gamers and his motivation when playing video games. 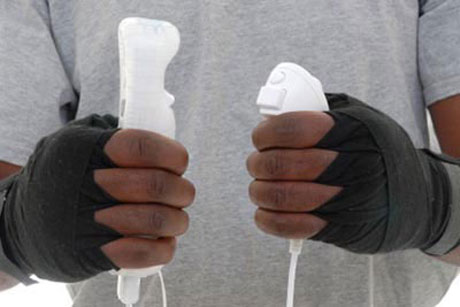 Lindsay: So if you buy a game, how long does it take you to beat the game? One year or fifteen hours or what?

Jake: Well, maybe the shortest one are only about six hours but it all depends on how much you're playing it. If it's something I really like, sometimes I can't put it down and I just keep playing it and I finish it in a few days and sometimes, well, it's alright but I can't get myself to keep playing it so sometimes it can take me a few months to finish a game.

Lindsay: Oh, OK. So do you think you're a very skillful video game player?

Jake: No, I'm pretty bad sometimes, especially at the newer games. I'm better at the old ones.

Jake: What do you mean?

Lindsay: So, you know, when you're friend comes over and you're both playing the video games together and you're competing against one each other, or is it better to actually like beat the video game itself? Does that make sense? Don't you usually against your friend?

Jake: Yeah, sometimes I play against my friends, but it seems like there's less goal to it when you're playing against someone else. You win sometimes and you lose sometimes, but once you finish the game, then you can feel like you've accomplished something.

Lindsay: Oh, OK. Have you ever been so addicted to a game, and then you finished it and you were disappointed because you liked the game so much?

Jake: Actually, that happens a lot. Sometimes you finish a game that you really like and you wish there were more games that you could keep playing it.

Jake: It's exactly the same as with a book or with a TV series or something else that you really enjoy. When it's finished...

I can't get myself to

I can't get myself to keep playing.

We use the phrase 'I can't get myself' when we should do something but we don't want to do it.  Notice the following:

What do you mean?

Sorry, what do you mean?

We often ask 'What do you mean?' when we don't understand the meaning of a question.  Notice the following:

Does that make sense?

Something that 'makes sense' is clear, easy to understand and there is usually a good reason for it.  Notice the following:

When we are successful at something after a lot of hard work, that means we have 'accomplished' something.  Notice the following:

When it's finished, it's bitter sweet.

A bitter sweet finish is when we feel happy and sad at the same time.  Notice the following: