Sorie talks about living in a big family and her role and the only female sibling. 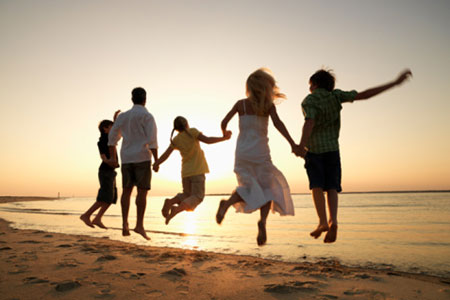 Mark: So you’re from a big family, aren’t you, Sorie.

Sorie: Yes. I have five brothers. They’re all younger than I and I’m the only girl in the house.

Mark: The only girl, all younger than you?

Sorie: Yes. I am 27 and the youngest is six years old. He’s just gone to first grade right now.

Sorie: Yeah. She had me when she was 17 years old. So she’s still very young. And even though I didn’t have any sisters, she was so close in age that I felt like she was like my sister.

Mark: Right. So being the only girl didn’t really—you didn’t feel anything odd about that?

Sorie: I always tried my mom’s dresses and her shoes. And I wanted to be like her. But most of the time, I was spending with my brothers. And I remember, it was very hectic, it was like a zoo. I remember one time when my brother was chasing me with a big knife.

Sorie: And closed the door and the knife was stuck in the door.

Mark: So having those brothers, did it make you like more boyish than girlish?

Sorie: Definitely, yeah. And I like that. I feel very comfortable around boys or males than females. Even growing up, I had more male friends than female friends.

Mark: Hmm, did you never kind of pine or crave for that sister?

Sorie: You know, not really. No, no. I wanted a big brother actually. And I really enjoyed the presence of boys. You just don’t have to worry about anything. You can just speak and be honest. Whenever we got together with my girlfriends, I had to be more concerned about their feelings and I actually don’t like that very much.

Mark: Hmm, I’m not like you though. I’m from a really small family. I just got my sister. I grew up with my sister, and I did feel like I could speak to her about most things. I don’t feel like I had to restrict myself from sharing certain things.

Sorie: I think it also depends on at certain age. When you’re younger, there is that time where you’re always fighting. And then you grow older and then you have families and then you have more things in common and the relationship changes throughout your life.

Mark: What I find really interesting about myself and my sister, I think we’re really, really different. But there’s something about us that, it makes us really, really similar. And I can’t quite put my finger on it but it’s like, yeah, it's like our humor is the same. We might laugh at the same thing and even now as we’re older already. I don’t feel like we particularly have many similar interests or much in common but we can still speak to each other and there’s definitely that sense of family connection.

A span is the range of something from one end to the other. Notice the following:

It was very hectic.

When something is like a zoo, it is very crazy and wild. Notice the following:

Did you never kind of pine or crave for that sister?

When you pine for something, you miss it or want it dearly. Notice the following:

I had to restrict myself from sharing certain things.

If you restrict yourself, you control your urges and limit yourself. Notice the following:

I can’t put my finger on it

I can’t quite put my finger on it, but something is wrong.

The phrase, 'I can't put my finger on it', means you sense something, but cannot say what it is. Notice the following:

Video 1338
Do you ever fight with siblings?
INT 4
Teru

Video 1337
Would you like to have a big family?

#1339 Pet Peeves on the Bus
Jeremy talks about things that annoy him.
BEG 3
Josh Shriley